Diary of a Plague year (Entry 2) 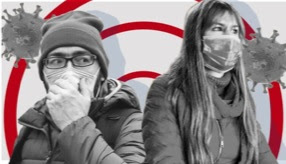 Well, Day 2 is bringing a mixed bag of emotions and news.

The Prime Minister’s announcement brought no real information and, for me, has sewn more seeds of confusion.

On the one hand we as a Nation are being told that we are moving to Phase 2 of the Government plan which is “Delay” Basically “Keep calm and carry on.” 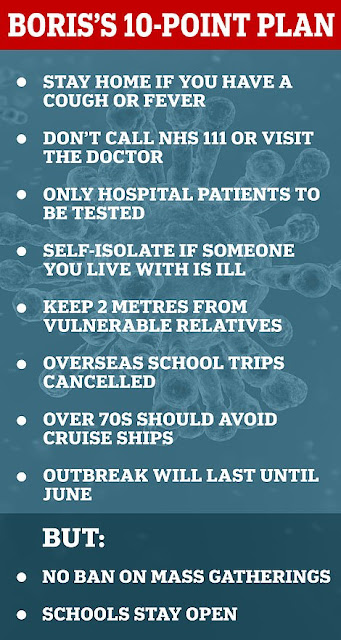 So is this really that serious?

The Leader of the House of Commons, Jacob Rees-Mogg has said that this is a critical pandemic and Parliament will debate it… On the 23rd March so ten days’ time. If this is THAT CRITCAL then surely it should get priority?

Ireland and Scotland have banned public meetings, Ireland has also closed schools. The US has closed borders with Europe (not us for some reason… maybe Trump thinks because we left the EU we are no longer part of Europe. The World is talking about postponing the Olympics, the FIFA European finals. If you watch the media this could be up there with plague or Spanish Flu.

This country’s plan? Stay at home where possible and in your house you have to stay away from other people – if you have the ability sleep in a separate room and use another bathroom, use the kitchen separate to everyone else but it’s cool to go to a football match (Breaking, these are now banned.).

How serious is this outbreak? Apparently 1000 dead in Italy, 3000 dead in China, 10 dead in the UK, Tom Hanks isolated, Justin Trudeau isolated, Katy Perry Isolated, Nadine Dorries Isolated, staff urged to work from home, people to stay away from Doctors or hospitals – self diagnose where possible. Sounds frighteningly serious but at the same time no one seems that bothered in other ways.

Shops are selling out of things, last night Aldi in Gillingham had meat shortages and bread as well as a few other things. Since I moved out of home I’ve had to start again with a lot of things including that I no longer have access to a large source of tinned goods and pasta which we had stockpiled over the years. My flat is a bachelor/student style larder of what I will eat that week. I need to lay down supplies for a possible isolation.

I continue to muddle through. Maybe next week will bring more coherent news.
Posted by Chris Sams at Friday, March 13, 2020