My take on Tim Farron on Lord Rennard 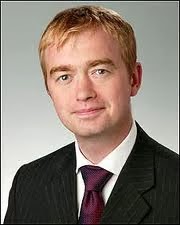 It has been a difficult few days for the party. Many of you have contacted me directly to express your anger and disappointment at Lord Rennard's refusal to apologise following the recommendations of the investigation into his behaviour. As President, I wanted you to hear from me.

Along with Nick Clegg, I made my view absolutely clear - Lord Rennard's refusal to apologise is unacceptable. Most importantly, Lord Rennard is actively rejecting calls to apologise from party members and is refusing to comply with a formal party body.

This refusal was grounds for further action.

Today it has been decided that Lord Rennard's membership of the Liberal Democrats will be suspended, and that he will be subject to a fresh investigation over his refusal to apologise.

This decision was taken by the Regional Parties’ Committee (the body which adjudicates on internal disciplinary matters in England) following a large number of complaints from party members. This decision means he will not be able to sit as a Liberal Democrat in the House of Lords, and will not be allowed to sit on our party's Federal Policy Committee.

I understand why some people have chosen to strongly defend Lord Rennard. He was instrumental in much of our electoral success, and has given many years of service. However, everyone in the party has a responsibility to treat others with respect, and no length of service can or should lessen that obligation.No doubt some of you will want to share your thoughts on this issue with me directly. I hope that you do.

As President, I want to make sure that you always know that your thoughts, feelings, and feedback matter to me.
This is good news that shows the party leadership is acting decisively over this matter and have moved accordingly. It is no longer about Lord Rennard's guilt or innocence neither of which can be proved conclusively but about the recommendations and that he should apologise for his actions.
As I said in yesterday's post, the allegations were believed but not enough evidence existed for a proper trial. An apology was the least that could happen and a resignation before suspension would have been preferable.

It may have been slow but the Party, like any Party needs to follow the systems put in place and do things by the book.