The problem with Lord Rennard... 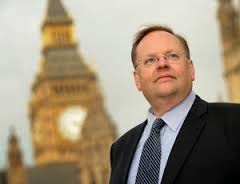 The situation with Lord Rennard is becoming more and more untenable for the Party and the
Leadership and needs to be resolved as quickly  as possible.

The big problem for Nick Clegg and Tim Farron is that there is not enough evidence for the CPS to prosecute. Those that know me or read my blog regularly (when I wrote regularly!) is that I have the utmost respect for the Law and belief that wrong doers are prosecuted. I also stand by the maxim that you are Innocent until proven guilty in a court of law by a Jury of your peers.

Unfortunately there are cases where someone is clearly guilty of a crime but there is not enough evidence for the CPS to construct a case for a court and would thusly be wasting everyone's time. The Rennard case appears to be just that. After an internal investigation and interviews the party leadership has said that they believe the accusations from the women concerned however there is not enough evidence for a criminal case. However his guilt or innocence cannot be unequivocally proven.

So, should Lord Rennard be kicked out of the party?

In my opinion, yes. Chris Rennard has been an energetic and enthusiastic member of the Liberal Democrats who has given many years of service to the party. I've seen him speak at conference and he was very inspiring. The thing is though, by his supposed actions and the fact that it was reported by the press (somewhat heavily!) he has undeniably brought the party into disrepute. If the victims' testimonies are good enough to believed by the Leadership and the internal investigation then it is good enough for me that guilt lies within.

The problem is that because there is not enough evidence for a criminal trial there isn't enough evidence to prove that he did do it so there is a lot of room for appeal and even for him to survive a disciplinary hearing so again making a farce of the whole thing.

Tim is right, rules need to be changed and I, and I'm sure many others support him in his moves to make sure these things do not repeat themselves.

As leader of the Party Nick should have the power to remove the party whip from Lord Rennard. Yes he has many powerful friends within the party, ones that have written a damning indictments in the Daily Mail and others who can make Nick's life hell but there is the support of many activists who are getting increasingly angry at the inaction. As leader, all positions of power and influence are decided by Nick and he is well within his rights to remove the whip and give it to someone else. If Lord Rennard cannot be removed from the party then this would go a long way to appeasing the membership.

More importantly Lord Rennard should fall upon his sword and either apologise for his actions (which would amount to admitting guilt so probably won't!) or stand down from the party. His presence will always be a reminder and a cause of vexation for activists who would feel (rightly or wrongly) that he has got away with treating women like objects and acting disrespectfully. Whether or not he is innocent or guilty standing away and resigning is the best thing he can do for the party.

If the party cannot, due to rules and red tape, act then Lord Rennard, if he does truly love the party and all it stands for, must do the decent thing and step back and resign. The party has survived many crisis' during the past four years and every time it looks like we are pulling it all back some fresh problem comes to light. Nick needs to act to limit the serious damage this has caused.