Well, the big two parties have selected their Candidates for the 2015 election and the lines are being drawn but the battlefield is constantly changing and 2015 is not 2010. Things have changed and a Tory walk over is far from certain. Indeed my predictions show them losing one MP, keeping one and a fight that is fairly difficult to call as it is dependent on so many factors. I’ll try and explainmy reasoning. 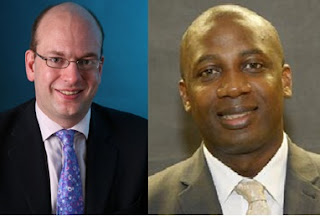 Mark Reckless has been somewhat of a wild card within parliamentary politics. He has been very good to his constituency and very vocal in his achievements and activities. The main cause for concern for the area being Boris Island and of course rail fare increases, both of which he has fought tirelessly for.

There are things he has been weak on, where as Tracey Crouch rebelled against the Legal aid bill Mark voted for it which meant constituents with asbestosis would find it harder to get compensation, Medway is one of the hardest hit areas in the South east so there will be a bit of disappointment with some constituents.

There is also a lot of discontent on the Isle of Grain over the LNG gas works which vocally hits Twitter, but ultimately these votes probably won’t make that much of a difference.

As with most Cathedral cities Rochester is fairly conservative and there seems to be a general air of satisfaction with their incumbent. One of the reasons for this is that he has and will rebel against the Government if he feels it is not in the interests of the constituents or the country at wide. He is not “Lobbyfodder” in the least.

The greatest weakness and strength though is Europe. Mark is exceptionally anti-Europe and has been one of the Referendum’s greatest supporters which is a popular move with the somewhat older population in Rochester (especially my elderly Grandfather on the Davis Estate) and although the opposition will no doubt say that is his sole raison d’etre and attack him for not dealing with Welfare or cuts in general. However the otherside is – UKIP probably won’t field a candidate in Rochester. It wouldn’t necessarily be a target seat as Mark is so anti-Europe that it would be a waste of resources to replace him with someone who is saying the same thing.

As for Councillor Isaac Igwe, who is the only Labour representative in Strood South, elected in 2011, he is the Labour candidate for 2015. He is notably known for (under Declarations on the Medway Council website) for campaigning for keeping the Marlowe medical centre open. (Of course it was his Conservative Ward mates and the afore mentioned Mark Reckless who secured it, so the points cannot really go to Isaac Igwe). He is well thought of in local Labour circles and is definitely one to watch. The only criticism is that according to some sources he can be a little hard to understand due to his accent which means he may come off poorly in husting style events. However with a dedicated team of hard working activists, something Labour have quite a stock of in the Medway towns I’m sure they will dent Mark’s majority. However with all of the local council seats and three Parliamentary targets it may be a bridge too far especially with Mark’s record it. 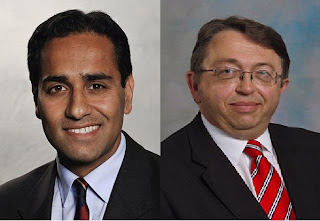 Rehman Chishti has been a good Conservative MP, he has towed the party line to the utmost and according to ‘They work for you’ he Hardly ever rebels. He has voted for the rise in tuition and against AV, has backed EU integration and has worked hard for his constituency. I must say in the times I have contacted him on trains and Medway’s education standards he has been very helpful and forthright, I couldn’t ask for more.

However, certainly in Gillingham, his footprint is very small (no pun intended on his stature) and there is a lukewarm opinion of him. At my end of Gillingham I’ve received two news letters, six months apart but identical. It may seem silly but in today’s politics you need to be seen in the media and heard to be doing things or people lose interest.

The Labour candidate on the other hand is former MP Paul Clarke who arguably only lost his seat due to the violent swing away from Labour rather than his being a bad MP. In many circles he is still well thought of and fairly popular. His return was almost prophesied shortly after he lost his seat.
Rehman has got a strong Conservative base in Rainham, Walderslade and Hempstead but the Libdem, Independent and Labour wards of central Gillingham will cause him quite a bit of trouble especially if UKIP run a candidate and split the Tory vote. As he is a solid Coalition MP he will be judged, unlike Mark and Tracey who have displayed separate personality and rebelled for their constituents, on the Coalition’s record and I can’t see that ending well personally. 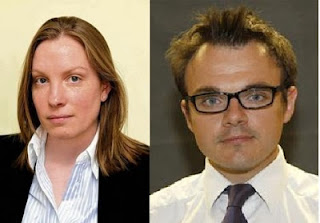 This is a tough one to call. Regular readers know the high regard I hold Tracey Crouch in and that I think that she has done a good job as MP. She has proved critics wrong and has been consistently good for the people of Chatham & Aylesford and fought their corner, rather than the party’s when the necessity arose. Many constituents, or at least the ones I’ve spoken to, have a good opinion of her and her politics as well as her approachable manner and willingness to listen.

Her opponent is Cllr Tristan Osborne of Luton & Wayfield. Despite his on line persona and the opinions of the Conservative Council, Tris works very hard for his ward in Luton & Wayfield and is part of the regular group of Labour campaigners in the Medway towns and has begun his campaign online fairly early. Chatham is mainly a Labour area and if, with a large enough anti-government swing Tristan could find himself ahead by Tracey by a nose. This could be further helped by the UKIP factor. Although not pro-Europe like Rehman or anti like Mark, Tracey's approach seems to be take it as it comes and as she sits somewhere in the middle of the Conservative party her share of the votes may be further diminished by more right wingers turning away from Cameron's more liberal brand of Conservatism.

Then again, there is her track record. She may, on the sheer strength of her record and personality maintain the majority or at least lose an acceptable amount from the 2010 13% to see her through. It is hard to say at this point.

Just on a closing note though I have not mentioned the Liberal Democrats in the Medway towns. Our critics would say that the party is dead and that we haven't the strength to fight a general election and a local election in 2015. As a member of the Exec committee I'm not in a position to discuss our election stratagems or strengths and weaknesses. We have strong candidates and the party is stronger, more dangerous than the critics realise. Beware the Yellow Peril, we might just surprise you in 2015 or split the vote enough to cause an upset!