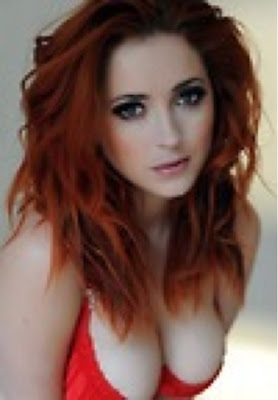 I must admit I only caught a bit of the Page 3 debate on Twitter last night but I think I get the general gist of it, for it is an age old argument.

Basically, the pro page 3 lobby states that it is freedom of expression, a British institution, there are worse images available in lads mags etc.

The anti lobby says that it is degrading to women, brings sexually explicit imagery into the home as well as within the reach of children and is just not the sort of thing that modern enlightened human beings should be looking at.

I offer no solutions to this, only opinions and suggestions really.

Firstly, and much to teenage Chris' annoyance, I do agree with the point about the availability of the paper and the Sun's portrayal as a family paper.
(yep just heard a door slam in my head and Garbage has been cranked up- he's annoyed.)
I don't read the Sun, nor the Star or Sport (if you can read the Sport) unless I'm stood in a takeaway waiting for my order. I find it poorly written and embarrassing when trying to read Page 2's politics and Penny 22 from Gravesend is flashing herself at me. I feel judged by the proprietor in a family restaurant.

I also agree that such images should not be available in a "family" paper. I know that certain Lads mags like FHM and Loaded have an age restriction on the tills at Tesco but the Sun and magazines like Nuts and Zoo do not. Such images, and teenage Chris is definitely upset at me now, cannot appear on television before a certain hour or in a movie without a certain rating (12 or 15) do why should they be available in print to all ages?

In defence, there is the freedom of speech and publication and if you don't like it you have the freedom not to buy it. This is a little flimsy in the face of the age restrictions though.

I'd also say that, although it may be degrading and reduce women to the status of sex objects - sorry but that is how men can be wired- it can also enforce a positive Female image.

If you look at models like Sophie Howard, Lucy Pinder, Lucy Collette (pictured) or others, they're all curvy models not the stick thin androgynous models of the catwalk. Also, the Sun's "no implant" policy means they are all naturally curvy.

The other thing is a lot of these girls do a lot of charity work and use their public appearances to raise public interest and money for worthy causes. Take for example all of the hard work Peta Todd has done for Help the heroes. Seriously, she's been tireless - seriously go check it out, she's an inspiration. There's also the tours as "forces sweethearts" to Iraq and Afghanistan. It's only through their wide circulation that they're able to do this.

As I say, I've got no solutions just a few considerations. I do think however that an age limit is a good idea.
Posted by Chris Sams at Sunday, September 16, 2012